Gunung Baling Hiking - How To Go

We depart from Bukit Mertajam at 5am, and reach Gunung Baling at 6am. So estimate at least 1 hour from mainland to Baling and at least 1.5 hour from Penang Island.

The entire journey took us around 2 hours to peak.
First 30 minutes is a very muddy steep slope, go slow, follow your own pace, not your friends'. Beginner K.O. at this stage.
The next 30 minutes is less muddy but still steep with more tree roots and steps. 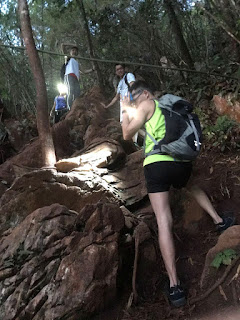 The last hours are all rocky and you need to use a lot of hand. There are quite a lot of hikers, so there is plenty of rest time at some of the difficult part while waiting others to pass thru. 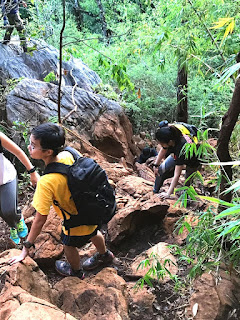 For those who follow my blog before, you will know my stamina is really bad. :p
So you will know when I tell you it is OK, that is definitely an OK.

For stamina wise, it is totally OK (Just need to go slow on the first 30 minutes).
But the rocky place is dangerous and slippery which I do not recommend for kids less than 12 year-old.

We reach the peak at 8am, missed the sunrise. However, the view is still, SPECTACULAR. it is definitely worth waking up at 4:30am. I feel it even nicer than Lembing Hill. 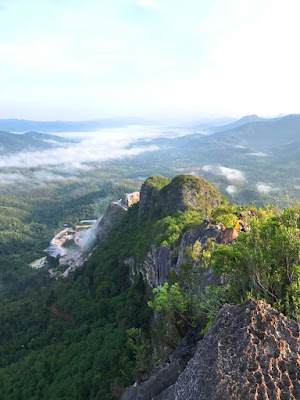 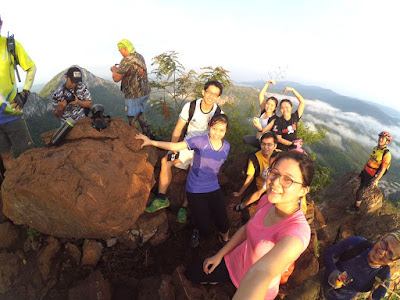 If you are from Penang Island, go towards Alor Setar direction after edit from bridge. Go straight until you see the BKE Expressway exit (To Grik/Kulim Hi-Tech Park).
Follow the highway to Grik, drive straight and you will need to pay two RM1.60 toll. Please make sure you have a touch n' go card in hand. After you pass through 2 tolls, go straight until u see exit to Baling on your left.  Follow the sign to Baling. After you slightly pass through Baling Town, you will see a Chinese cave temple on your left, and after awhile you will see a small road on your left with signboard Pendakian Gunung Baling.


Things you might need:
Headlight (if hike early)
Long pants (avoid cratching on rocks)
Kampung Adidas is the best
Posted by 伸 at 12:16 AM 3 comments:

How much is the entrance fee?
Admission is RM 2.50 per ticket. FREE admission is given to students 18 years & below and senior citizens 60 years & above.

Below are the direction suggested by BookFest.
BY TRAIN (LRT)
Take the Light Rail Transit (LRT), Putra Line to KLCC station. Turn left after exiting the turnstiles and walk through the Suria KLCC shopping centre Concourse Level to the Centre Court. Turn left and make your way past Cold Storage to the Guardian Pharmacy where there is a walkway through to the Convention Centre. Take the elevator to the Ground Floor where you will be directed to the Registration area.

BY ROAD
If you are in a taxi or a chauffeured car, approach the Centre along Jalan Pinang and turn left into the main entrance (second turn after the Mandarin Oriental Hotel) for dropping off.

Parking Options:
1. Take the first left after the Mandarin Oriental Hotel from Jalan Pinang up the ramp to the access to the car parking below the Centre.
2. Park in KLCC Suria Car Park and exit to the Concourse level Centre Court. Make your way past Cold Storage to the Guardian Pharmacy where there is a walkway through to the Convention Centre. Take the elevator to the Ground Floor where you will be directed to the Registration area.

*Personal Opinion: if you visit during weekend, nearby buildings around KLCC offer much cheaper rate but you have to take a walk and avoid night time. Not recommended for family with kids.

BY FOOT
From Suria KLCC shopping center Ground Floor center court the the park exit into the KLCC park and turn right. Follow the Esplanade along towards the Mandarin Oriental Hotel and then follow the path around the edge of the park towards the center of the building and enter via the Park Entrance

From KLIA2 to KLIA by KLIA Ekspress or KLIA Transit

It is very frequent that we travel on short-haul flight via AirAsia, Firefly, Malindo and other low-cost carrier that have an established network around this region.

The travelling time became a concern when we need to transit between the two airports, which is so near yet so far.

I was travelling from Penang to KLIA2 and departed to Japan from KLIA.
Let's see my actual travelling time in this transit.

Total 32 minutes without collecting check-in baggage from KLIA2. Please spare some time if you have luggage to collect and 5 more minutes to travel within KLIA as KLIA have two terminals depends which Gate you are assigned to.

Fee: RM2 (Touch n' Go available for use but I don't recommend it because system was down when I arrived at KLIA, end up taking more time to reissue ticket, or probably I was unlucky. ) 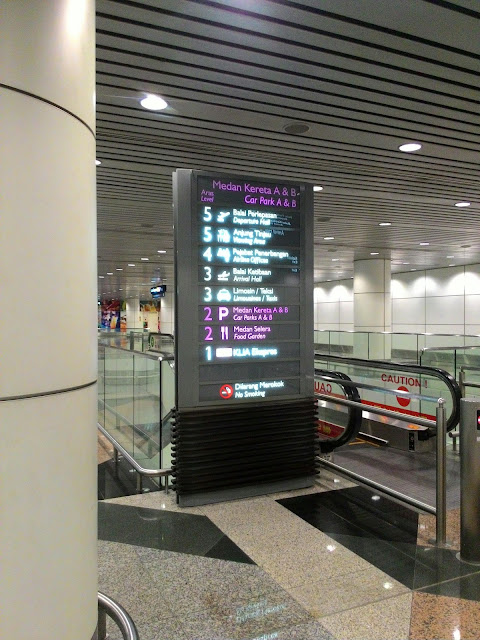 KLIA2: Walk towards Arrival Hall. Look out for the signboard and follow it. 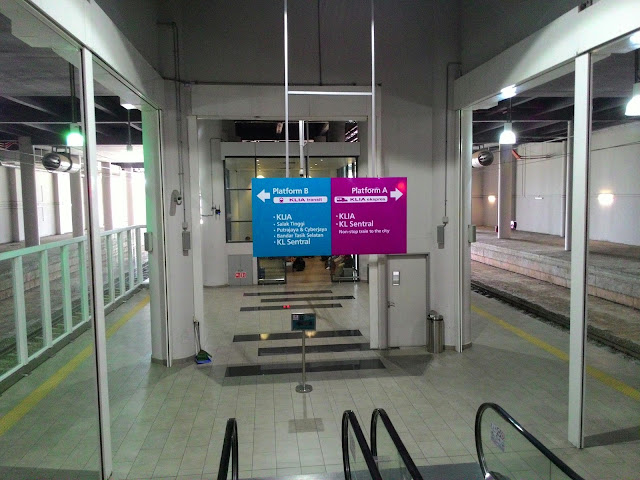 KLIA2: You can take either KLIA Ekspres or KLIA transit as next stop is KLIA for both 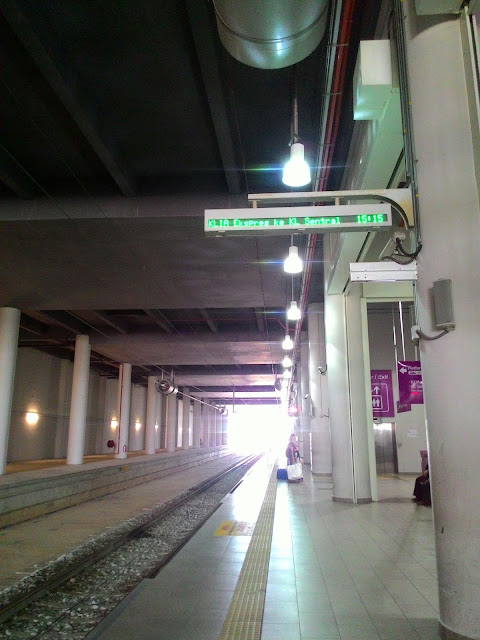 Check-out the departure time of the train. The train that arrived first might not be first who depart
Posted by 伸 at 9:20 AM No comments: